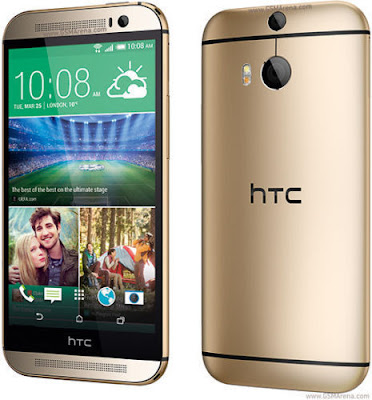 HTC’s VP of Product and Management,  Mo Versi has confirmed on Twitter that the T-Mobile subscribers using the HTC One M8 could start receiving Android 6.0 Marshmallow update from January 25th. He said that the update is still in the lab, Our target is 1/25.  That means the Marshmallow update will start rolling out to HTC One M8 from Next Friday. 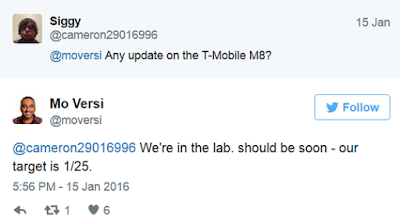 The HTC One M8 was originally launched back in March 2014 running Android 4.4 Kitkat. Since then the smartphone has been updated to Android 5.0 Lollipop and will be now update to Android 6.0 Marshmallow which brings new permission manager, Google Now on Tap and Doze mode, which extends the batter life of your phone by putting it in a deep sleep mode while screen is off.

Before starting the upgrade process connect your HTC One M8 to a Wi-Fi network and make sure to charge the device at least 50%, so the upgrade doesn’t interrupts.