Posted on January 13, 2016March 8, 2020 by Admin
Jide,  the company popular for it’s Android emulator – Remix OS, has just made Jide OS 2.0 free for download. With Remix OS 2.0 Windows users can dual-boot between Android/Windows and Android/Mac. 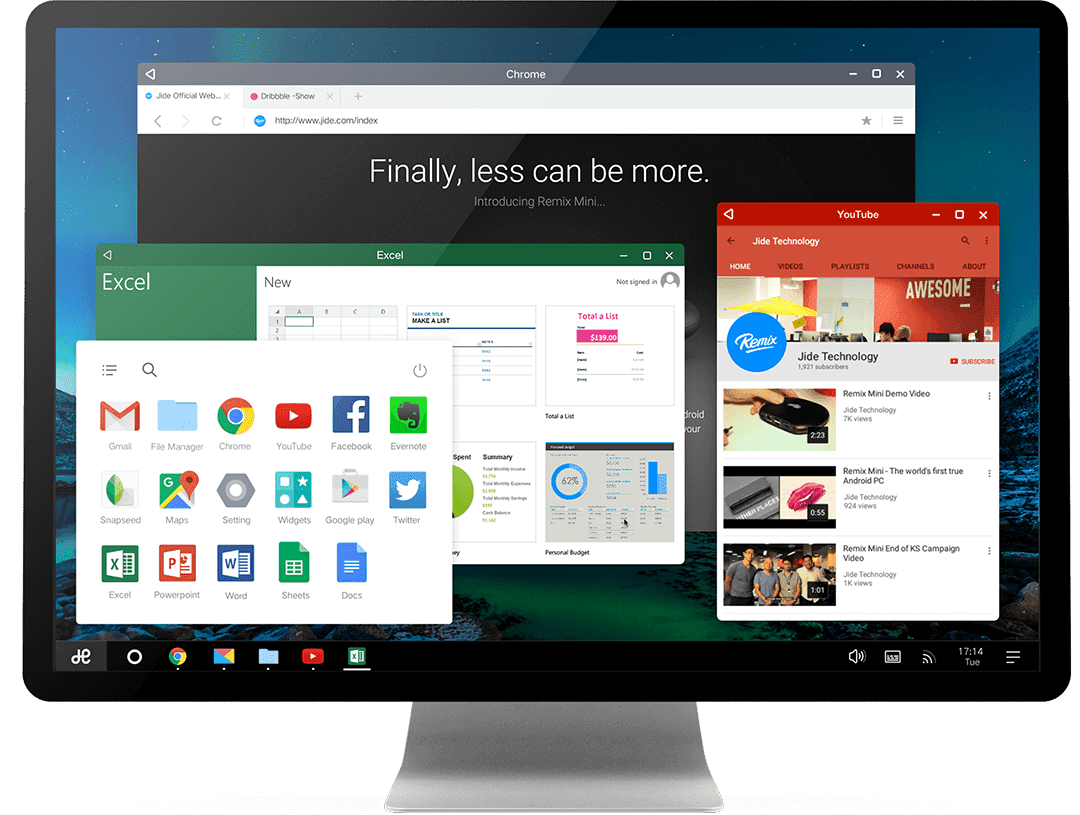 Remix OS is built on the Android-x86 project,  an unofficial initiative by Google that attempts to port the Android OS for use on x86 processors, such as today’s most PCs are powered by this architecture of chipsets. Jide says that this an alpha version aimed towards developers and enthusiast who won’t mind “a bug or two”.

Using Remix OS 2.0 users can install many Android apps and games and can play them on PCs.  The Remix OS 2.0 can also be flashed into a USB flash drive.  Once that’s done, the OS can be booted directly from flash drive. Whenever an user boots from USB drive,  two options will be presented.  You can either load Remix OS 2.0 in “Guest mode” which will delete every modification you made, upon reset or in “Resident” mode,  where your changes and your docs are saved in the flash drive.