Posted on January 12, 2016March 8, 2020 by Admin
OPPO has recently announced  its camera centric smartphone the, OPPO F1 that will be officially launched in India  on 28th January.  The highlight of this smartphone is the 8-megapixel front facing camera with f/2.0 aperture,  Beautify 3.0, and option to use screen as a flash light to capture good quality images in low light conditions. 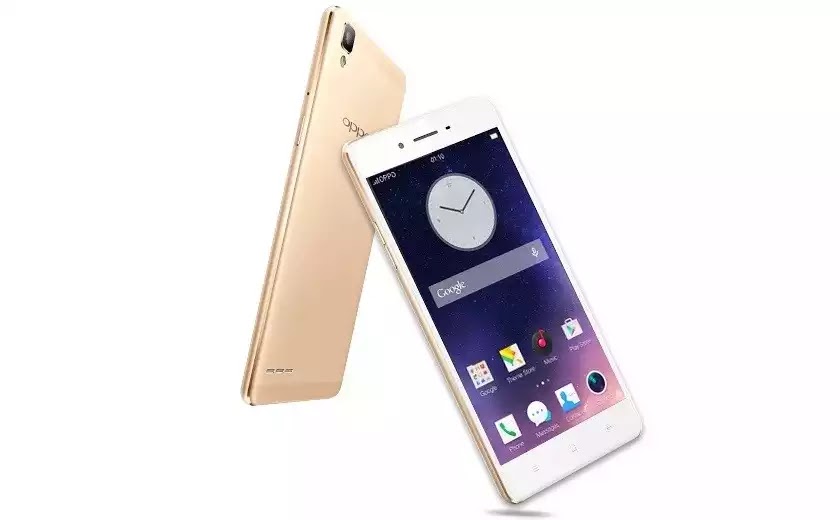 It uses a 13-megapixel rear camera with f/2.2 aperture and a LED flash to capture good quality images . It sports a 5-inch 720p HD display with 2.5D Gorilla Glass 4 protection. It has Qualcomm Snapdragon 616 Octa-core 64-bit processor, Adreno 405 GPU under the hood with 3GB RAM and 16GB internal storage,  expandable up to 128GB via microSD.

The OPPO F1 is announced in Vietnam and  comes in Golden Color, is priced at 6,490,000 Vietnamese Dongs ($290) and is now available for Pre-orders. It will ship starting from January 21st in Vietnam and will be launched in India on January 28th.