Posted on December 18, 2015March 8, 2020 by Admin
Batteries are one of the biggest concerns with mobile devices. While there have been great inventions in fast cheering m charging, like Qualcomm Fast Charge is one of them but batteries can’t last longer without getting bigger and there’s a size limit for comfortable smartphones, but manufacturers may make thicker smartphones for better battery rather than always going for thinness. But this time Sony may have made a dump. 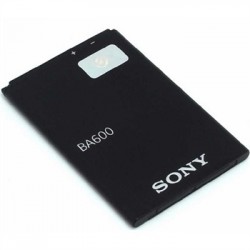 The big Chance is rather than lithium-ion batteries. Sony is working on a new high-capacity battery based on a sulfur compound. Normally, the electrode in sulfur-based batteries dissolves into
the electrolyte too fast during each charging cycle, which decreases the capacity of the battery. But, Sony claims it has found the solution to this problem (double meaning alert!), and can build batteries with 40% more capacity using the sulfur compound. This would mean that in the best case scenario, a phone like the Nexus 6P would be able to have a 4500mAh battery the same physical size as the current 3220mAh battery; the Samsung Galaxy S6 could have a 3750mAh battery rather than 2550mAh; and, the Apple iPhone 6 could have 2530mAh battery rather than 1810mAh.
Of course, it could also mean that manufacturers would make devices thinner and keep the same size batteries, but that possibility gets our rage spiking out of control.