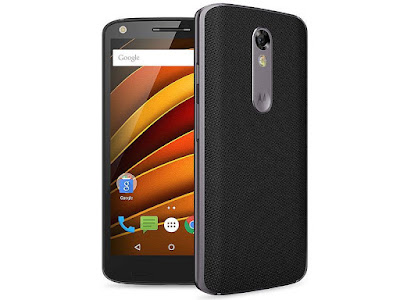 Motorola has started teasing its much awaited  ‘Shatterproof’ phone Moto X Force launch in India. The handset was expected to be launched at the end of this month,  but now it seems that the Motorola will launch this handset in February 2016. Moto X Force is International variant of Droid Turbo 2 which is Verizon Wireless exclusive in US.

The biggest highlight of this smartphone is that it sports a ‘ShatterShield’ display which comes with 4 years of warranty. The display is made of an aluminum rigid core, flexible Amoled Screen, and dual-layer touchscreen panel which makes this Smartphone’s display so strong as it wouldn’t break into pieces even when dropped on a slab of concrete.

The Moto X Force features a 5.4-inch QHD (1440×2560 pixels) display and is powered by a Octa-Core Qualcomm Snapdragon 810 processor clocked at 2GHz with 3GB RAM and comes in 32GB and 64GB storage options, expandable up to 2TB with microSD. A 21MP camera is placed on rear with dual-tone LED flash and a 5-megapixel camera on front with LED flash. It runs on Stock Android 5.1 Lollipop.