Posted on January 6, 2016March 8, 2020 by Admin
If you own a Motorola Moto X Play then there is a good news for you, Motorola has recently started pushing out Android 6.0 Marshmallow update to Moto X Play in India.

Motorola has also added Moto E 2nd Gen 4G in its device lineup to receive Android Marshmallow update in countries including Latin America, Europe, Canada and Asia but it left behind China. 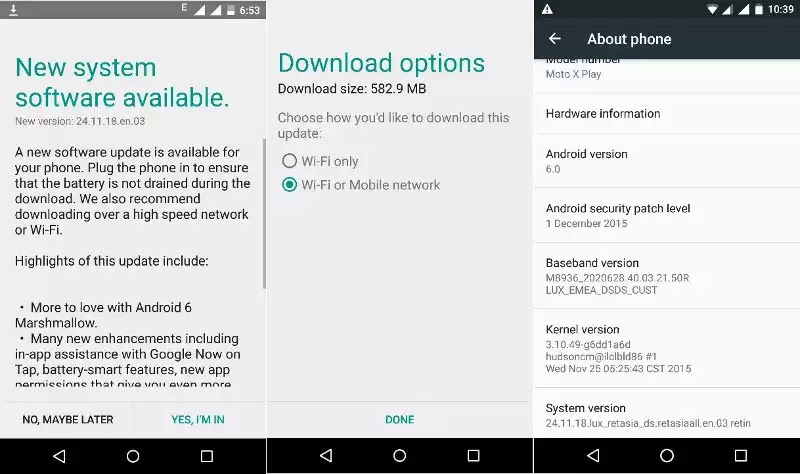 The Android Marshmallow update for Moto X Play comes in version no. v24.11.18 and size is 582.9MB. The update is rolling out in Phases so it might take time to reach the update to your device.  Have you received update, Let us know in the “comment” section.