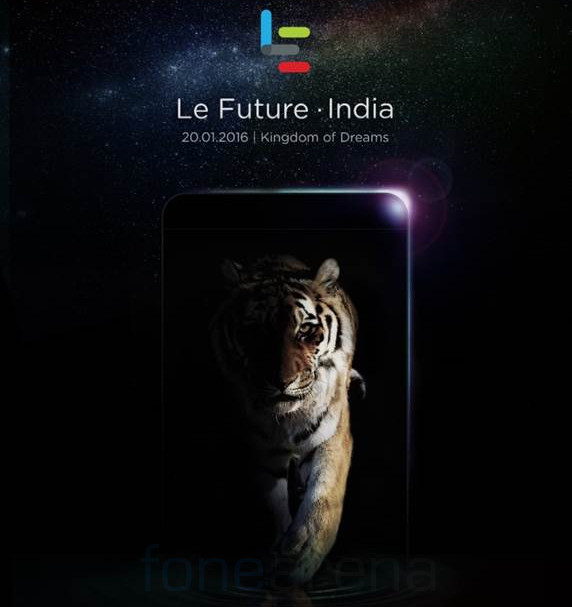 In a recently held preview event , Letv showcased Le 3D Helmet, Wireless Headphone and a Super Cycle.
Today the company has posted a teaser image featuring a large sized and a smaller than that device, both are set to be launched on January 20th.

The Letv Le Max sports a 6.33-inch QHD (1440×2560 pixels) display and is powered by Octa Core Snapdragon 810 64-bit processor clocked at 2GHz with Adreno 430 GPU. The device is equipped with 4GB DDR4 RAM and 64/128GB internal Storage. It runs on EUI based on Android Lollipop. It has 12-megapixel rear camera with dual-tone LED flash and a 4MP front facing camera. It also has a fingerprint sensor on back. 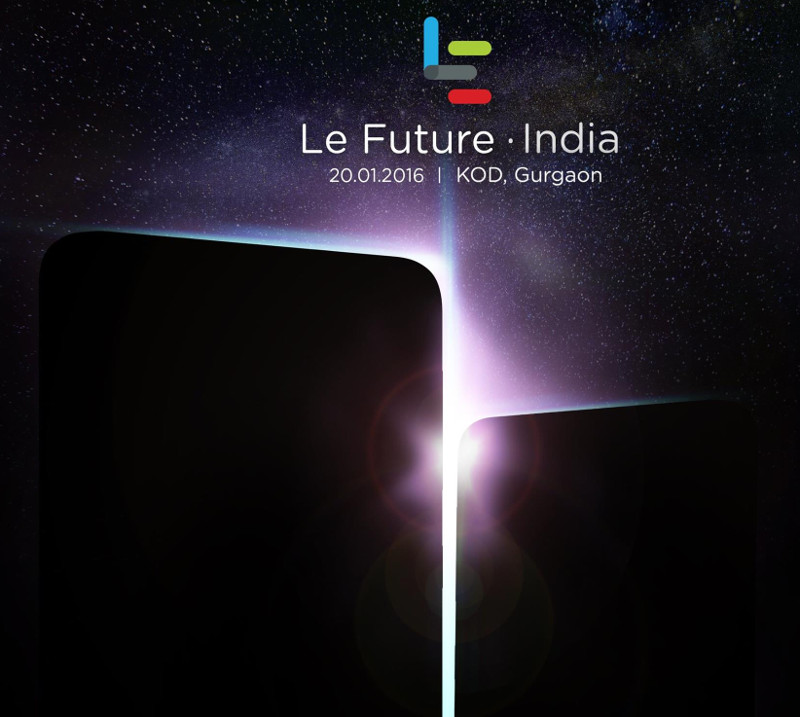 Whereas, Letv Le 1s has a 5.5-inch (1080×1920 pixels) display and is powered by 2.2 GHz Octa Core MediaTek Helio X10 turbo processor with PowerVR G6200 GPU. It is coupled with 3GB LPDDR3 RAM and 32GB internal storage. In photography front it uses a 13-megapixel rear camera and a 5-megapixel front-facing camera and runs on EUI 5.5 based on Android Lollipop. It has Dolby audio and Dirac HD audio technology, USB type C port and has a built-in Infrared (IR) Sensor.  This handset comes with Dual-SIM and has 4G LTE support, 3G, Bluetooth 4.0 and GPS.  It is packed with 3000 mAh battery.

Letv already confirmed it’s entry in Indian market with new smartphones and  entertainment contents. The company will also showcase it’s other devices and it’s future plans in India at the event.