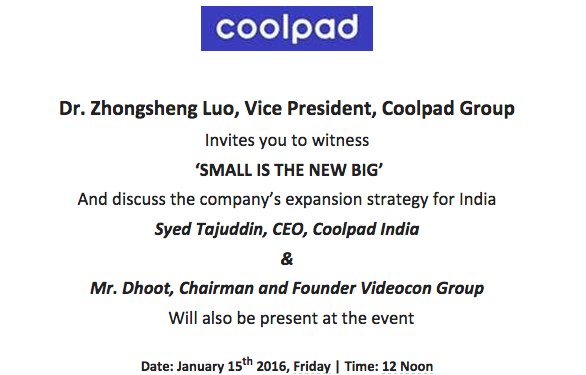 Coolpad, the chinese handset maker has sent out media invites for a new device launch for their upcoming event. The event is scheduled to be held in New Delhi on 15th January at 12 Noon where Coolpad is expected to launch an entry level smartphone. 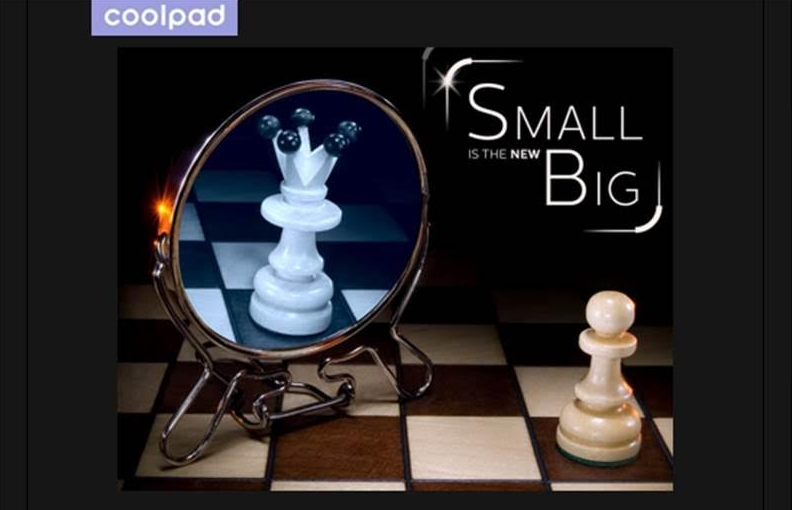 According to rumors this handset might be downgraded version of Coolpad Note 3 instead of being a successor.  The image reads “Small Is The New Big” which indicates that the handset will drop in size while packing similar internals. It is expected to be priced lower than the Note 3.

There is not much time left for the launch of this smartphone. Stay tuned as we will update the info once we get it.