Posted on January 12, 2016March 8, 2020 by Admin
Fingerprints are getting very popular these days, Every smartphone Maker is launching devices with Fingerprint scanner. After announcing brand strategy of Moto and Vibe brand, Chen Xudong, SVP & President of Lenovo China and Asia Pacific revealed that;  the devices released this year under Moto brand will feature fingerprint sensor,  that means these will be mid-ranger or High end devices. 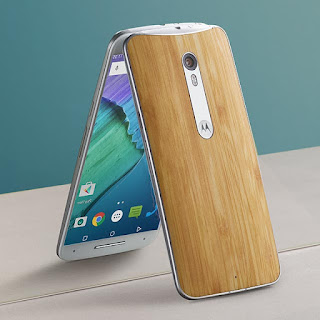 Chen also shared that phones with less than 5-inch screen size will not be launched this year by the company.  According to him, Smartphones with less than 5-inch screen size are not popular outside Europe. Also there will not be more than 15 devices launched under Moto and Vibe brand. Mr Xudong also said that Google will most definitely make a re-entry into China before
the end of the year.

Moto E 2nd Gen which has a 4.5-inch screen should be discontinued or rebranded under Vibe brand. The new announcement comes shortly after Lenovo revealed it’s dual-brand strategy under which Moto brand will be used for Company’s high-end devices while Vibe will be for budget devices.